Last Tuesday, the Huffington Post ran an article titled, “If You Really Love LGBTQ People, You Can’t Keep Eating Chick-fil-A” written by Noah Michelson, who is gay himself. With June being pride month, Michelson makes the case that it’s offensive to the LGBTQ community by eating at a restaurant whose owners are against homosexuality. He also said he was very upset when the president of Chick-fil-A, Dan Cathy, “proudly came out as a homophobe in 2012 by claiming, ‘We are inviting God’s judgment on our nation when we shake our fist at Him and say, ‘We know better than you as to what constitutes a marriage,’ and I pray God’s mercy on our generation that has such a prideful, arrogant attitude to think that we have the audacity to define what marriage is about.'” I don’t think that Noah Michelson realizes that there’s a difference between being homophobic and thinking that homosexuality is a sin. I myself think that homosexuality is a sin but I’m not by any means homophobic. I’m not scared of them, and I certainly don’t hate them. But hey, whatever makes you sleep better at night.

Michelson tries to further prove his point that Mr. Cathy is homophobic by showing that Chick-fil-A donates “millions of dollars each year to anti-LGBTQ organizations.” Again, he’s making this sound much worse than what it really is. What he actually means by “anti-LGBTQ” are organizations like Marriage & Family Legacy Fund, Fellowship of Christian Athletes, Focus on the Family, and many other Christian organizations, according to Pride Source. While it’s technically true that these are “anti-LGBTQ” organizations because they’re in favor of traditional marriage, it would be more accurate to simply call them Christian organizations, but he has to further demonize Chick-fil-A and make things seem a lot worse than what they are because of differing opinions. This is what discourse has become in our society. If someone disagrees with you, that automatically makes them a racist, sexist, bigot, and homophobe and they’re a terrible, evil person for not sharing your views.

Noah complains some more, “it sucks that we can’t have waffle fries. But you know what sucks even more? Not having equal rights and contributing to the profits of a company that wants to ensure you never do because it believes you’re fundamentally disordered or unnatural or sinful or some delightful combination of all three.” Who’s making Noah Michelson and other gays people not eat at Chick-fil-A? Has Chick-fil-A ever refused service to someone just because they’re gay? Again, he’s making it sound like gays are opperssed and “not allowed” to eat where they want when in reality, he’s the one saying other people aren’t allowed to eat at Chick-fil-A if they really care about gay people. 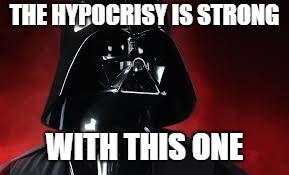 Twitter CEO Jack Dorsey was ripped earlier this month for eating at Chick-fil-A during pride month and was forced to apologize courtesy of social media mobbing from the left who again, think it’s insensitive to gay people to eat at a restaurant whose owners think homosexuality is a sin, even though the company has never discriminated based on sexual orientation. Michelson goes on to say that, “If you care about queer people ― or you yourself are queer ― you have absolutely no business eating at Chick-fil-A. Ever. It’s really that straightforward.”

This is the main thing I’m getting from this article: Noah Michelson, and I’m sure many other people on the left are trying to tell people where they’re allowed and not allowed to eat, and where campanies are and aren’t allowed to give charity to. Why is there no outrage of Starbucks being a partner with Planned Parenthood when Planned Parenthood murders countless innocent babies? I don’t know about you, but all of this sounds very communist-like to me. According to Dictionary.com, communism is defined as “a system of social organization in which all economic and social activity is controlled by a totalitarian state dominated by a single and self-perpetuating political party. ” It seems that the Democratic Party is moving farther and farther to the left, and the farther left they go, the closer they move to communism and socialism. We can already see this as Senator Bernie Sanders, who ran for president in 2016, is expected to be a frontrunner for the Democratic nomination for president in 2020. More and more young people are in favor of socialism (44%), as seen in a poll from the Chicago Tribune. In a 2016 poll by Pew Research Center, millenials are also the second largest eligible-voter group, only behind baby boomers by an estimated 2 million eligible voters. If these trends continue, we could be seeing a change in our government and economy as I’m sure the number of of millenial voters will continue to increase every election cycle unless we’re educating young people and showing them that free market capitalism is the best economic system, not socialism. (See Business and Government) The bigger we allow the government to become, the more problems we’ll have in our everyday lives. That’s just how things work because it turns out that almost everything the government touches, it messes up. The government stinks at it’s job, period.